Ahmed Januzi, “Star of the week” 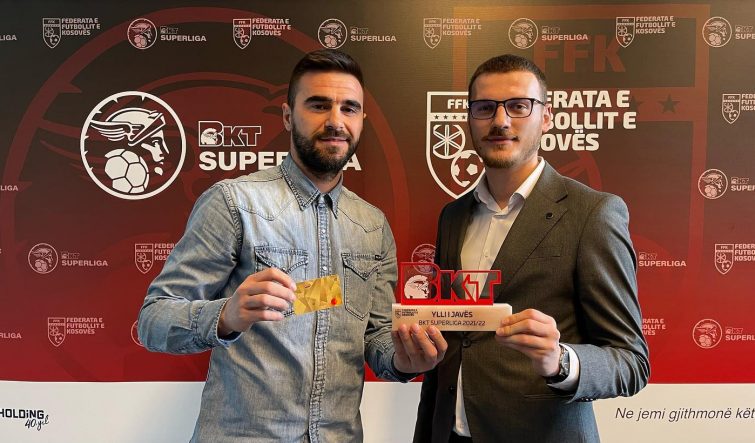 The Football Federation of Kosovo together with the sponsor of the Super League, the National Commercial Bank, BKT Kosova, continue the awarding of the “STAR OF THE WEEK” award.
This award for the 26th round in the # BKTSuperliga was won by the football player of KF Dukagjini, Ahmed Januzi. The experienced striker had an excellent performance in the very important victory of his team against Llap, with a result of 2: 1. He scored both goals to collect three big points at the “Zahir Pajaziti” stadium in Podujeva. He scored the first goal in the 10th minute, while the second in the 72nd minute.
For Ahmed Jonuz, this is the second time he receives this award, as he was announced the best of the week in the 7th round, in October last year. After the victory in Podujeva, KF Dukagjini (Klina) remains in the 8th position, but reached the quota of 29 points.
The “STAR OF THE WEEK” award for the striker of the team from Klina has been delivered by Elon Ademi, a specialist in the accounting and financial control department at BKT.
Call Us