Ergyn Ahmeti “Star of the week” 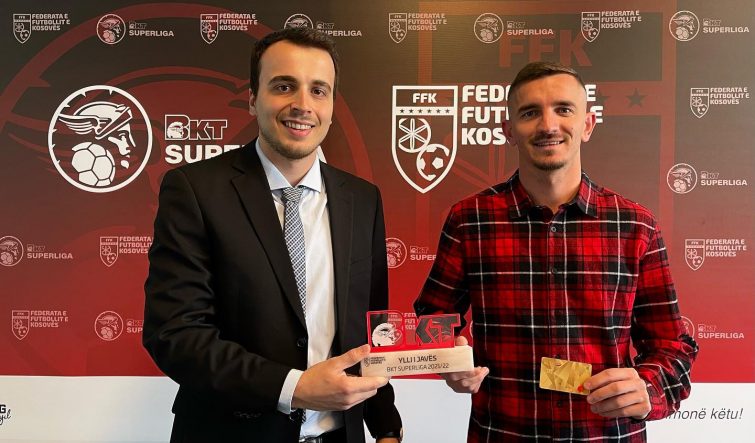 The Football Federation of Kosovo together with the sponsor of the Super League, BKT Kosova, continue the awarding of the prize “Star of the week”.

This award for the 29th round in the BKT Superleague belonged to the football player of KF Dukagjini (Klina), Ergyn Ahmeti. The central midfielder of the Klina team had an excellent performance in the victory that Dukagjini achieved as a guest in Skenderaj against Drenica, with a result of 1: 0.

Although he was not the goal scorer, he was distinguished by his creativity throughout the match, being consistently the starting point of every dangerous action of Dukagjini and one of the most deserving to collect three extremely important points in the fight for survival.

After the victory in Skenderaj, the team led by Armend Dallku is still in 8th position, but now with 33 points, with only two points less than Drenica in 7th place.

The “Star of the week” award for the football player of KF Dukagjini was delivered by Halim Vitija, Assistant Specialist in the Administration Department at BKT.