Ermal Krasniqi for the third time “STAR OF THE WEEK” 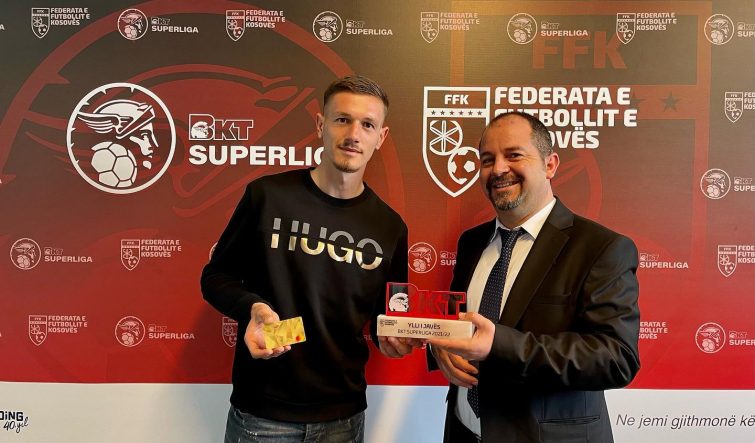 The Football Federation of Kosovo together with the sponsor of the Super League, the National Commercial Bank, continue the awarding of the “STAR OF THE WEEK” award, for the best player of the round.

“YLLI I JAVA” for the 31st round in BKT Superliga has been announced the football player of FC Balkan, Ermal Krasniqi.

For the 23-year-old Portuguese from Suhareka, this is the third time within this edition that he wins this award, but the first time in the spring season. He was declared the best in both the 2nd round and the 11th round. Krasniqi was among the best players of this edition and had an impressive performance in the match of the 31st week in the victory against Drita, with a result of 3: 2.

He was the creator of the first goal and the scorer of the third goal, in the extra minutes, being decisive in collecting three new points, which have brought the Balkans closer to the first title of champion.

The “Star of the Week” award for the Balkan striker was shared by Artan Cecelia, Manager of the Sales Department through Merchants at BKT.