Gauthier Mankenda, “Star of the week” 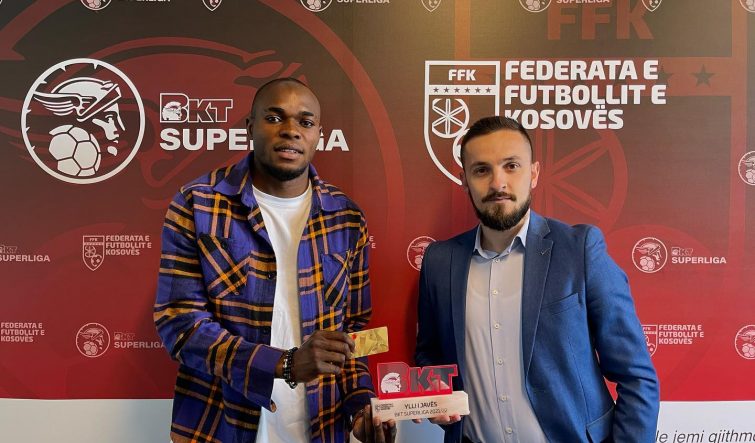 The Football Federation of Kosovo together with the sponsor of the Super League,  BKT Kosova, continue the awarding of the prize “Star of the week”.

This award for the 28th round in the BKT Superleague belonged to the football player of KF Prishtina, Gauthier Mankenda.

The white and blue winger had an excellent performance in the very important victory of his team against Malisheva, with a result of 3: 2. He in addition to scoring the first goal in the match, consistently proved dangerous to the rival gate and was quite creative in the game. For Mankendan, this is the first time he has won the “Star of the Week” award in this edition of the competition.

After the victory against Malisheva, the team of Prishtina has stabilized in the ranking in the fifth position, with 38 points.

The award “YLLI I JAVËS” for the football player of FC Prishtina was delivered by Besart Zogjani, line manager at BKT