Marko Simonovski, “Star of the week” 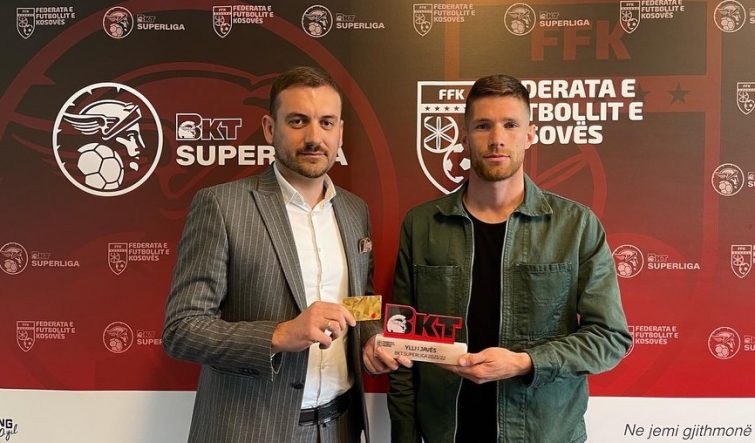 The Football Federation of Kosovo together with the sponsor of the Super League, BKT Kosova, continue the awarding of the “YLLI I JAVËS” award. This award for the 27th round in the # BKTSuperliga was won by the football player of KF Drita, Marko Simonovski.
The Macedonian striker had an excellent performance in the important victory of his team against Ulpiana as a guest, with a result of 3: 2. Marko Simonovski scored two goals in the 25th and 59th minutes. After the victory in Lipjan, Drita FC is ranked in second place, with 49 points.
The “STAR OF THE WEEK” award for the striker of the team from Gjilan was delivered by Arsim Sermaxhaj, senior legal officer in the legal department at BKT
Call Us