Read about the history of the BKT. 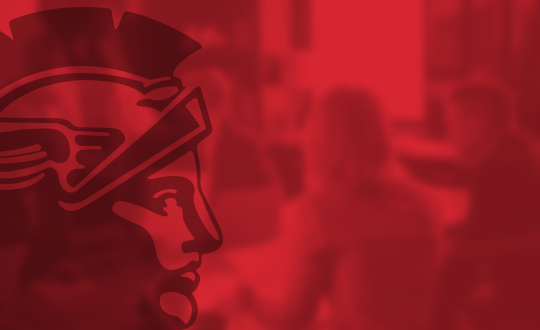 First branch is opened in Durrës

Shkodra and Vlora branches are opened

BKT is established after merger of ACB and NBA

BKT is established as a Joint Stock Company

BKT finalizes the process of privatization

BKT is established in Kosovo as a branch of BKT Albania

Çalik acquires 100% of the shares

First branch of Banka Kombëtare Tregtare was established in Durrës on 29 November 1925, in the historical building where today’s BKT Durrës Branch is situated. This building actually represents the oldest Albanian financial institution in the country. 1 November 1926 and 15 November 1926 are the dates in which BKT’s Shkodra and Vlora Branches were established respectively.

Banka Kombëtare Tregtare (BKT), with today’s name, was established in January 1993, after the merging of the Albanian Commercial Bank (ACB) and the National Bank of Albania (NBA). Currently, BKT is the largest and the oldest commercial bank in Albania.

ACB was established in 1991 due to the sub-division of the activities of the State Bank of Albania, the main activity of which was managing the foreign trade operations of the state-owned entities with former socialist countries.

The NBA on the other hand was established in 1992 as a result of a second sub-division of the State Bank of Albania. The NBA was set up to manage the domestic trading activity of the State-owned entities. The assets and liabilities from the activities of these two entities were transferred to BKT accounts since it was first established.

Banka Kombëtare Tregtare was established as a Joint Stock Company in July 1997, with assets reaching ALL 2.7 billion.

BKT accomplished its privatization process in the year 2000. On July 6, 2000, The Albanian Parliament approved the sale contract between the Ministry of Finance and the Consortium of International Investors consisting of Kentbank (60% of shares), International Finance Corporation (20%) and European Bank for Reconstruction and Development (20%). The transfer of ownership entered into force on 17 October 2000. In November 2000, the new shareholders invested US$10 million, resulting in the strong capitalization of the bank.

The new highly-experienced shareholders and managers brought to BKT major transformations in 2001. These transformations included the development of a new infrastructure and the restructuring of all aspects of the bank’s operations from personnel and procedures to IT infrastructure. The young and dynamic team of professionals that the Bank employed was committed to achieving perfection.

In February 2003, with the decision of the Shareholders’ General Meeting, the paid-up capital reached the amount of US$ 14, 64 million, turning BKT into the most capitalized bank in the whole Albanian banking system.

The year 2006 started with a new vision for BKT. With the authorization of the Bank of Albania and pursuant to the specific court decision issued on June 9, 2006, it was approved the transfer of 60% plus 2 of the BKT shares possessed by Kent Bank in favour of Calik-Seker Konsorsiyum Yatirim A.S.

After the decision to expand in Kosovo, BKT has opened 27 branches already, ranking as the largest Albanian bank in the region.

On June 30, 2009 Çalik Financial Services buys to IFC and BERZH theirs shares part being in this way the only BKT shareholder owning 100 % of the shares.

During 2006 – 2011, with its stable performance BKT is evaluated with different prizes on national and international levels, among which several times as “The best Bank of the Year” in Albania, “The best medium sized bank in South-eastern Europe” and also achieving its highest evaluation as “The Best Bank in South East Europe for 2009”. Meanwhile for two consecutive years JCR Eurasia Rating assigns to BKT a credit rating of ‘AAA (Alb)’ along with a ‘stable’ outlook on the long term national scale, which denotes the highest investment grade. For the third time and for the fifth consecutive year the Bank of Albania evaluates BKT according to the Banking Evaluation system CAMELS with a Strong 1. At the same time, the prestigious magazine of the banking sector The Banker, part of Financial Times, has awarded BKT as Bank of the Year in Albania for two consequent years (2010 and 2011).

From 2011 and on, BKT keeps expanding its market share becoming not only the oldest bank but also the largest bank in Albania. EMEA Finance and Euromoney evaluate BKT as The Best Bank in Albania for 2012, while JCR-ER assigns AA (Alb) for Corporate Governance. 2013 becomes the most successful year of BKT, gathering the three most prestigious awards in banking from EMEA Finance, Euromoney and The Banker as The Best Bank in Albania, while BKT’s CEO is awarded by EMEA Finance as “The CEO of the Year in Europe”. This success is replicated also during 2014 by winning the three most prestigious awards but also by winning the Corporate Social Responsibility award by EMEA Finance and increasing the JCR Rating for Corporate Governance to AAA(Alb). Year 2015 sings the 90th anniversary of BKT in Banking Sector.

…as our guidance to development!

We care for environment!

Banka Kombëtare Tregtare Kosovë Sh.A. is committed to conduct its business activities in full compliance with the laws, regulations and best practice standards.