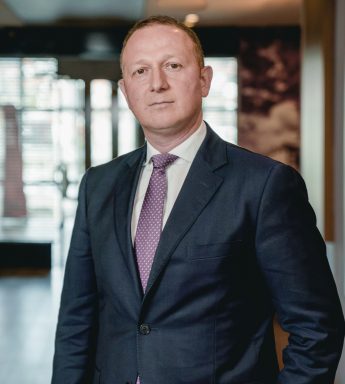 CEO and Board Member 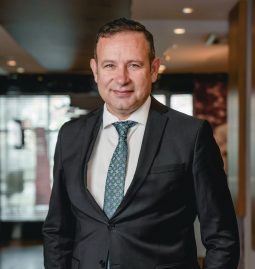 Mr. Mulaku graduated in Financial Business at the University of Prishtina. Mr. Mulaku has a long experience in the banking sector. From 2002 until 2003 he worked as a Trainer and Translator in the OSCE. In 2003, he began his career as a Credit Officer at ProCredit Bank, then in 2005 he was appointed as the Sub-Branch Coordinator at the same bank. From 2007 to 2009 he was appointed to the position of the Regional Corporate Manager. From 2009 to 2010, Mr. Mulaku joined ProCredit Holding in Germany as Credit Risk Specialist and was responsible for ProCredit in Albania, Bulgaria and Macedonia. Mr. Mulaku joined BKT Kosovo SH.A. in 2010, as Head of Corporate and SME, and in 2013 he was appointed to the position of Corporate and Business Banking Group Head at BKT Kosovo SH.A. In addition to the duties and responsibilities as Corporate and Business Banking Group Head, from 01.03.2022, Mr. Mulaku has been appointed as First Deputy Chief Executive Officer of BKT Kosova SH.A.

Mr. Skeja graduated in Bachelor and master’s degree in Finance and Accounting, continuing his doctoral degree in the same direction. Currently he is a PhD candidate at the State University of Tetova. He started his career as Head of the Office for Quality and Internal Control at the University of Prizren, being involved in the academic processes, as well. From 2012, he joined BKT Kosovo in the Internal Audit Department as Assistant Auditor, then continued as an Authorized Assistant Auditor. As of 2015, he was appointed as Assistant Manager at the Accounting and Financial Control Department. In 2016, he was appointed to the position of Acting Head of Department, while in the same year until 2018, Mr. Skeja was the Head of the Accounting and Financial Control Department. In 2018, Mr. Skeja was appointed to the position of Finance and Administration Group Head in BKT Kosovo SH.A. In addition to duties and responsibilities as Finance and Administration Group Head, from 01.03.2022, Mr. Skeja has been appointed as Second Deputy Chief Executive Officer at BKT Kosova Sh.A. 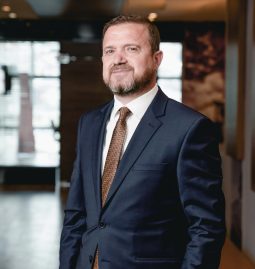 Mr. Önder has a Master Degree in Business Administration and Bachelor Diploma in Mathematics Engineering. His experience in the banking sector began in 2009 in Aktif Bank at Treasury and Risk Management. He was promoted as Market Risk Manager in 2015 and then continuing as Chief Risk Officer at Aktif Bank. Starting from 1st November 2021 Mr. Önder is part of BKT Kosova as Risk Management Group Head. 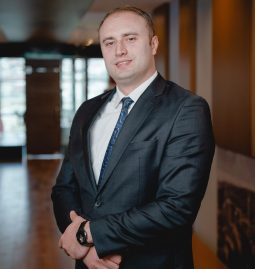 Mr. Aliu graduated in Economics and Statistics at the University of Rochester Institute of Technology (RIT Kosovo – AUK). He has a master’s degree in Banking, Finance and Accounting from the University of Pristina and continues his doctoral studies in the field of Economics. Mr. Aliu started his banking career at BKT Kosova in 2014, initially as a Credit Analyst, and then he was appointed to the position of Internal Auditor. In 2017, Mr. Aliu was appointed Head of the Internal Control Department. Furthermore, Mr. Aliu has been part of the managing team in the project for the transformation of the bank from a foreign branch to an independent entity in Kosovo, while he continues to manage the project for the transformation and re-engineering of the bank’s processes and operating models. In 2021, Mr. Aliu was appointed to the position of Group Head for Central Operations, Information Technology and Human Resources at BKT Kosova. 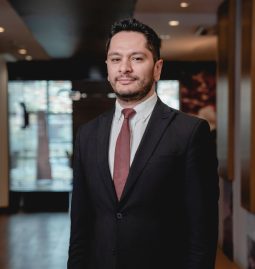 Mr. Inan has graduated from Business Administration at Bilkent University in Turkey. He holds a master’s degree in Financial Engineering and Risk Management from Özyeğin University. His experience in the banking sector began in 2012 while he was working as Assistant Manager at FX Trading and Asset and Liability Management under Treasury at Aktif Bank in Turkey, and from 2017 to 2018 he has worked as Foreign Exchange Trader at the Asset and Liability Management Department at Garanti Bank in Turkey. In 2018, Mr. Inan was appointed to Financial Institutions Department Head at BKT Kosovo JSC, while from October 2018 he was appointed to the position of Treasury, Financial Institutions and Private Banking Group Head in BKT Kosovo JSC. Then, Mr. Inan has established Private Banking Department in June, 2020. He also holds the chairperson position at the Treasury Committee of Kosovo Banking Association since June, 2019. 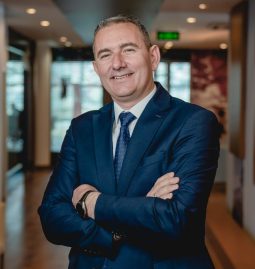 Mr. Ratkoceri graduated in Management and Informatics at Iliria College in Pristina. Mr. Ratkoceri has a long working experience. His career began in 2001 as Program Administrator and Financial Assistant at IOM (International Organization for Migration). From 2002 to 2004 he worked at Raiffeisen Bank Kosovo JSC in the Operations Supervisor, from 2004 to 2005 he worked as Loan Officer at ProCredit Bank, while from 2005 to 2007 Mr. Ratkoceri worked as Administrative and Finance Manager at Union Commerce in Pristina. From 2007 to 2009 he returned to the banking sector as ProCredit Bank’s Credit Risk Assessment Manager. In 2009, he joined BKT Kosovo as Manager of Department for Corporate Credit and Trade. In 2017, Mr. Ratkoceri was appointed to Risk Management Group Head, and in 2018 he was appointed to Loan Management and Legal Group Head in BKT Kosovo JSC. 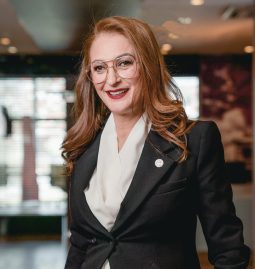 Mrs. Buxhovi Ahmetaj graduated in Business Management in Prishtina and received a Master’s Degree in Leadership from the University of Liverpool in The United Kingdom. Mrs. Buxhovi Ahmetaj has a long experience in business management in London, while her experience in the banking sector started in Kosovo at Reiffeisen Bank in 2005, initially engaged as Sales Coordinator for Individuals, and from 2006 she has been promoted to the position of Head of Customer Service. Since 2008, she has been working at Banka Kombëtare Tregtare Kosovë, starting in the position of Head of Branch Network, being also responsible for Corporate Communication and Public Relations. In July 2018, Mrs. Buxhovi Ahmetaj has been appointed to the position of Head of Liability Management and Corporate Communication Department, and since 2019 she has been appointed as Retail Banking Group Head at BKT Kosovo JSC.