Turkish Investor in Kosovo and Albania Mr. Ahmet Çalık is honored with “The Order of the Rising Sun” by the Japanese Emperor

After a fruitful 30 years of cooperation, Mr. Ahmet Çalik is awarded with the highest order of the Japanese Emperor “The Order of the Rising Sun”. 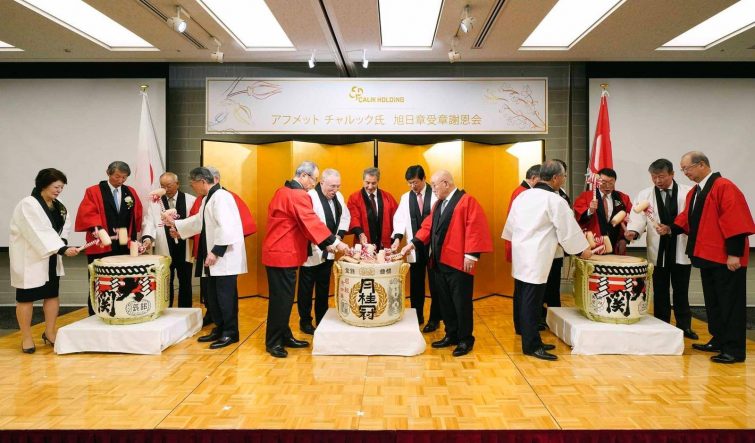 After a fruitful 30 years of cooperation, Mr. Ahmet Çalik is awarded with the highest order of the Japanese Emperor “The Order of the Rising Sun”.

In Kosovo Çalik Holding is present with its investments in banking and energy distribution sectors, whereas in Albania the company is present with its investments in banking and telecommunications. Chairman of the Board of Directors of Çalık Holding, Mr. Ahmet Çalık, one of the major foreign investors in Kosovo, through BKT Kosova and KEDS (in partnership with Limak) was honored with the highest Japanese order “The Order of the Rising Sun, Gold Rays with Neck Ribbon” awarded by His Majesty the Emperor of Japan. On this occasion a ceremony with honored representatives of the Japanese Business Community was held.

In the speech given at the ceremony, Mr. Çalik said: “The Order of the Rising Sun” awarded to me by Japanese Emperor, shows the deep friendship between Turkey and Japan, that I see as a valuable indicator of successful cooperation between Turkish and Japanese companies. I will keep this outstanding appraisal made to me, through this Order, with a great proud throughout my life”. 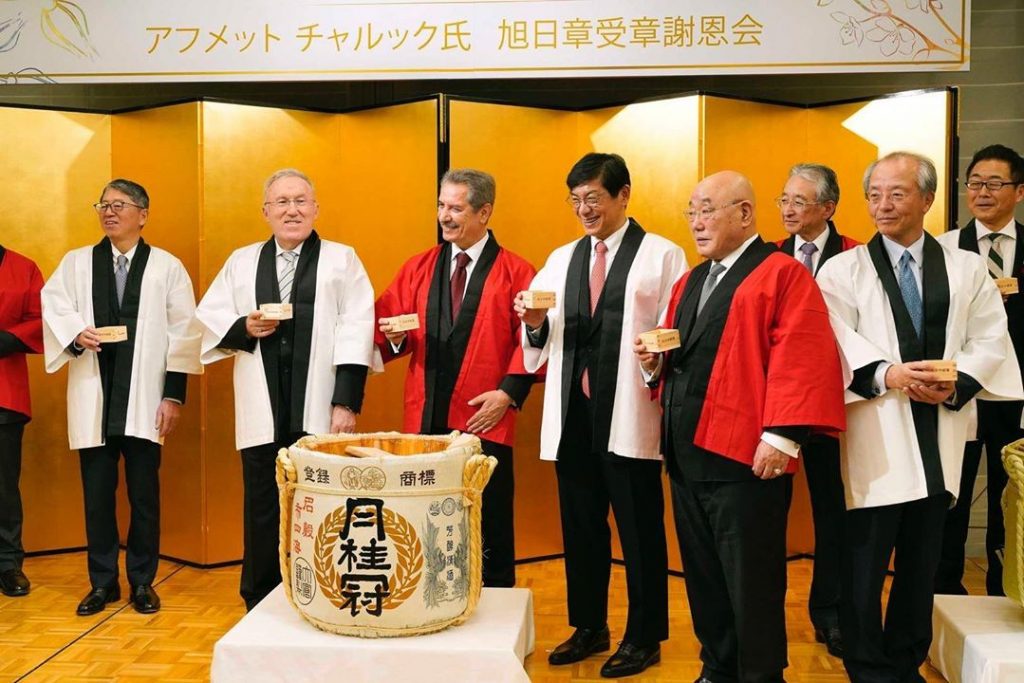 Mr.Çalık highlighted that partnership with Japanese companies’ dates back to 1990s, and they have experienced a process of mutual respect and commitment for more than 30 years. He also emphasized that the Japanese Business Community had a great role in the award receiving and thanked everyone having contributed for this award. Mr.Çalik added that he wholeheartedly believes that with the will of Mitsubishi Corporation’s senior executives and with the support of the Japanese Credit Institutions, an even greater success will be achieved in the future. He also added that he wholeheartedly believes that even a greater success shall be reached with the will of Top Managers of Mitsubishi Corporation and the support of Japanese Credit Institutions.

Çalık Holding operates in 22 countries with 25,000 employees in fields of energy, construction, mining, textiles, finance, telecommunications and digitalization. Çalık Holding is known for its reputation, credibility and strong financial structure within the framework of its ongoing activities exercising in different regions of the World. The Holding develops working models and has successful and innovative work progresses, by assuring thereby a sustainable development in fields of business where it is focused. Çalık Group has had a successful collaboration with the Japanese Business Community for over 30 years term of time. In year 2015, a Partnership Agreement was signed between Çalık Enerji, one of the Çalık Group associations, and Mitsubishi Corporation. Whereas in year 2019, Secom Company, a global company in the field of security and life technologies, together with Aktif Bank, one of the Companies of the Group, established a joint venture. Çalık Holding as a very strong and successful shareholder, continues supporting Kosovo economic development via its subsidiaries of BKT Kosova and KEDS.