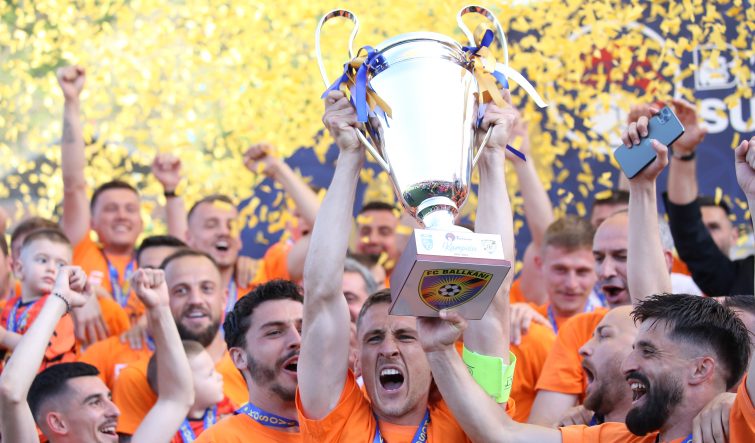 On May 22, 2022, the final match of the BKT Superleague took place between FC Ballkani and Gjilan. FC Ballkani secured the title four weeks before the end of the edition, which is the first title in the history of the club.

The victory trophy was awarded to FC Ballkani by Mr. Suat Bakkal, General Director of BKT Kosova together with the President of the Football Federation Mr. Agim Ademi and the Mayor of Theranda Mr. Bali Muharremaj.

On this occasion, Mr. Suat Bakal congratulated FC Ballkani for the coronation with the title of champion for the 2021/22 edition in the BKT Super League of Kosovo. “With great pleasure I congratulate FC Ballkani for the victory and obtaining the title of champion for the 2021/22 season of the BKT Super League. This title could not have been achieved without the tireless work and dedication of the whole team, and the support of the citizens of Theranda, so the whole club and the whole Municipality of Theranda should be proud. There is no doubt that Kosovo is a country that loves sports very much, especially football. Therefore, we strongly believe that through this sport and the financial support such as that of BKT Kosovo will help further promote the country and the values ​​of the state of Kosovo, added Mr. Suat Bakkal ”.

BKT Kosovo has supported many sports projects over the years, contributing to the development of sports in Kosovo. In 2021, the ank has expanded its sponsorship in this field by contributing directly to Kosovo football by financially supporting the Kosovo Super League for the 2021/22 season, in which case this league was also named BKT Superliga.

Through this partnership, the Bank is committed to further contribute to the development and promotion of this sport in Kosovo at the highest level, especially after the implementation of VAR, where Kosovo has become the first country in the region to implement it.